Design your
own pension

I pillar or the state pension 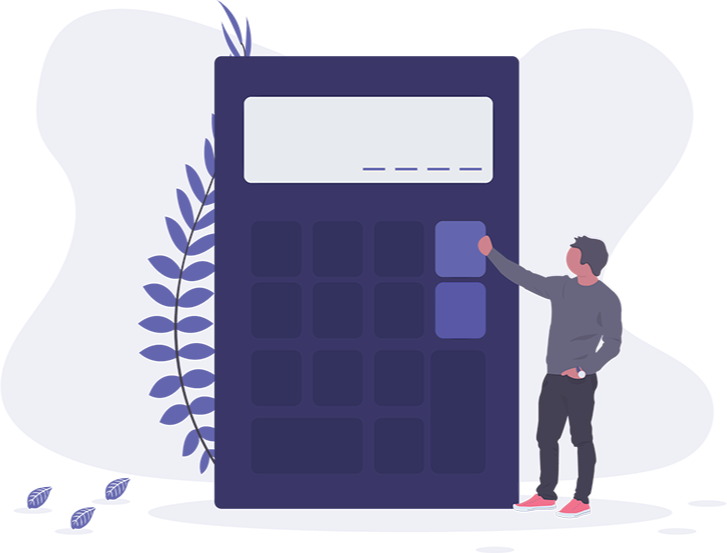 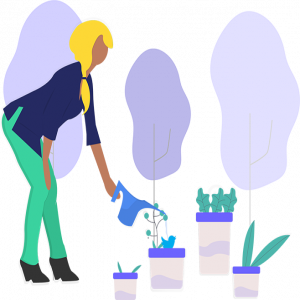 II pension pillar or the mandatory funded pension as of 2021

I pillar or the state pension

1. Why is the qualifying period and proof thereof important, what does it offer me?

In addition, the pension qualifying period is also important, because it entitles you to receive the state or I pillar pension. In order to receive the state pension at the right age, i.e. retirement age, you must have accrued at least 15 years of pensionable service in Estonia. There is no need to worry if you have also worked outside of Estonia – in the case of pensionable service acquired in Estonia, we also take into account the length of service acquired in the European Union or with contractual partners. Carefully preserve the contracts proving your work history or send them to us today through the self-service.

2. How does the raising of children add to or benefit my pension?

Children provide a financial supplement to your state pension and the opportunity to retire 1-5 years before retirement age.

In addition, it is possible to retire earlier than the retirement age in return for raising children, in which case the amount of your pension will not be reduced:

It is important that the parent must have raised the child for at least 8 years and only one of the parents can exercise one right at a time. If the parents are unable to reach a written agreement, the right will be divided equally between both parents.

3. Do I have to retire when I reach retirement age or can I postpone my retirement?

4. A change was made to the I pillar pension formula starting this year, with a joint part being added. Does this joint part affect everyone in Estonia?

Yes, starting in 2021 the collecting of the joint part will affect the amount of the future pension received by all working people. Anyone who earns an amount above the average salary now accumulates slightly fewer pension shares than before. Anyone who earns less than the average salary now accumulates slightly more pension shares than before.
Thus far, the I pillar pension has been comprised of three parts: the base amount, the years of pensionable service, and the insurance part. Starting in 2021 a new part will begin to be collected – the joint part.
The new joint component is obtained, when the sum of the insurance components and solidary components are divided by two.

5. The Eesti.ee pension calculator shows that I began accumulating my pension in 2006. I actually began working in 1985, and I lost my employment record book when I moved. How can I prove that I was working during the period 1985-2006?

All data on employment since 1999 (inclusive) is automatically available to the state – the social tax paid on your salary was received by the state, on the basis of which a record has been kept. If you have not worked or received an official salary between 1999 and 2006, this period will not be counted. You can view the data available to the state regarding your employment at portal eesti.ee/eng
If your employment record book has been lost, you can prove your employment via other documents – contracts of employment, payslips, diploma from an institution of higher education, membership card, conscription certificate, etc. It may also be the case where your workbook has remained in the possession of your last employer. Our specialists are experienced in finding these materials from archives as well as former employers. Should you have any concerns about proving that you worked, feel free to contact us, including through self-service of Social Insurance Board

6. In connection with the updates to receiving a pension starting in 2021, as a working pension I am interested in whether I can suspend payment of my pension for a period of 6 months, for example, or for an indefinite period in connection with working?  Could this affect the amount of my future pension and how?

A pension can be suspended in the amount of either 50 per cent or 100 per cent for one month up to an indefinite period. You don’t have to be working to do so, this can be done at any time. From 1 January 2021, old-age pensions granted before the entry into force of the reform can also be suspended.
If you suspend your pension for a certain period of time, you will receive so-called interest on it. For example, if you suspend your pension for one month, then your pension will be approx. 0.5 per cent higher when you resume. For one year, the amount is about 5.2 per cent, and so on. This percentage increase will remain with you for life and will affect your pension, even if it increases through annual indexation.
Since the increase and reduction coefficients are only set one year in advance, we can only provide the percentages for 2021 at the moment (for example, if you suspend your pension and continue it within the same year). Everything else is simply a forecast. It is important to note that the increase coefficient does not extend to pension supplements, the public service supplement, or the child supplement for those born after 1991. In the case of children born prior to 1991, 1/3 of the amount received for the child is not subject to an increase.
You must submit an application in order to resume payments after the suspension. Therefore, even if you write a statement that you want to suspend your pension for a period of 3 months, for example, payments will only be restored on the basis of a submitted corresponding statement. The pension suspension-resumption form, along with instructions on how to submit it to the Social Insurance Board, can be found here our forms page. Should you have any concerns about proving that you have worked, feel free to contact us, including through self-service of Social Insurance Board

II pension pillar or the mandatory funded pension as of 2021

1. Is it only possible to leave the II pillar right now, or can this be done at any time in the future?

You can leave the II pillar at any time in the future. There is no rush, decisions can be made calmly and thought through. The options made possible following the reform (voluntarily joining the pillar, cessation of contributions, lump sum payment or regular disbursements) have no deadline.

2. How was the II pillar calculated prior to the reform?

No changes have been made to the second pillar – 2% of your gross salary and in addition 4% of your social tax calculated based on your gross salary will continue to be deposited in the II pillar. The only things that changed were the age at which you will be able to withdraw money from the second pension pillar at a lower rate of income tax.

More specific changes were made to the first pillar – to familiarise yourself with those changes, read the questions concerning the I pillar.

4. When I retire, will my pension be higher or lower if I join the II pillar than it would be if I am only the I pillar. I read that money is taken from my I pillar and placed into the II pillar.

The first and second pension pillars are different and do not affect each other in any other way than a person who has joined the II pension pillar accumulates one-fifth less future pension rights in the I pillar.
A person does not collect money in the I pillar, but a promise to receive a certain amount of pension in the future in the form of pension units. In the second pillar, however, a person collects actual money, which grows when invested in the securities market.
If a person with an average gross salary works for one year, then only being in the I pillar they will earn an additional € 7.206 to their monthly pension after working for one year.
A person with an average gross salary, who has joined the II pillar, now accumulates one-fifth less rights in the first pillar, i.e. their monthly pension increases by € 5.68. At the same time, one-fifth of the paid social tax, or about € 58, goes to their second pension pillar in the form of actual money (the average gross salary in this example is € 1450). In addition, an another € 29 from their current salary.
If we take a moment to think about the future, when they retire, their annual pension will be about € 17 less, while the second pillar has accumulated almost € 700 at the expense of social tax alone.
Please note! This example does not take into account the pension indexation or the growth of the II pillar.

5. If I withdraw my II pillar money now, will I receive any pension when I reach retirement age?

If you withdraw all of the money you have accumulated in the II pillar, your entitlement to a I pillar pension will not be affected. Although the Estonian pension system includes both the I (state pension) and the II pillar (mandatory funded pension), in practice these are separate pension payments.
This means that when you retire on I pillar pension – via the Social Insurance Board – you will be receiving the state pension, which is dependent upon your years of pensionable service. When retiring on the II pillar pension – via Pensionikeskus AS – you will receive the funded pension, which depends on your payments into the II pillar. If you decide to leave the II pillar and withdraw your money at the same time, you will not receive additional pension payments from II pillar in the future. Your I pillar pension payment will be unaffected by this.
Even so, it is important to note that as long as you are a member of II pillar, you will receive less social tax in pillar I, as 1/5 of the social tax going to pensions goes to II pillar. If you no longer want to continue working when you retire, this will have no effect. A more detailed explanation. Your employer pays social tax on your behalf, which is 33% of your gross salary (this is not deducted from your salary, this cost is added to the salary paid to you by your employer). Of this 33%, 13% is health insurance and 20% is directed into pensions. If you are only a member of the I pillar, all 20%, or one whole, goes to the I pillar. If you are a member of the II pillar, 16% goes to the I pillar, 4% or the 1/5 mentioned above goes to the II pillar. If you stop saving in the II pillar, then if you continue to work the entire amount, i.e. 20%, will go to the I pillar.
In conclusion, withdrawing money from II pillar does not affect the amount of pension you receive from the Social Insurance Board, but it does affect the pension as a whole, because the supplementary pension from the II pillar will not be received – as you have already withdrawn it as money. Please also note that when leaving II pillar, it will not be possible to rejoin the II pillar before the end of a 10-year period.

If you did not find the answer to your question, be sure to look here as well